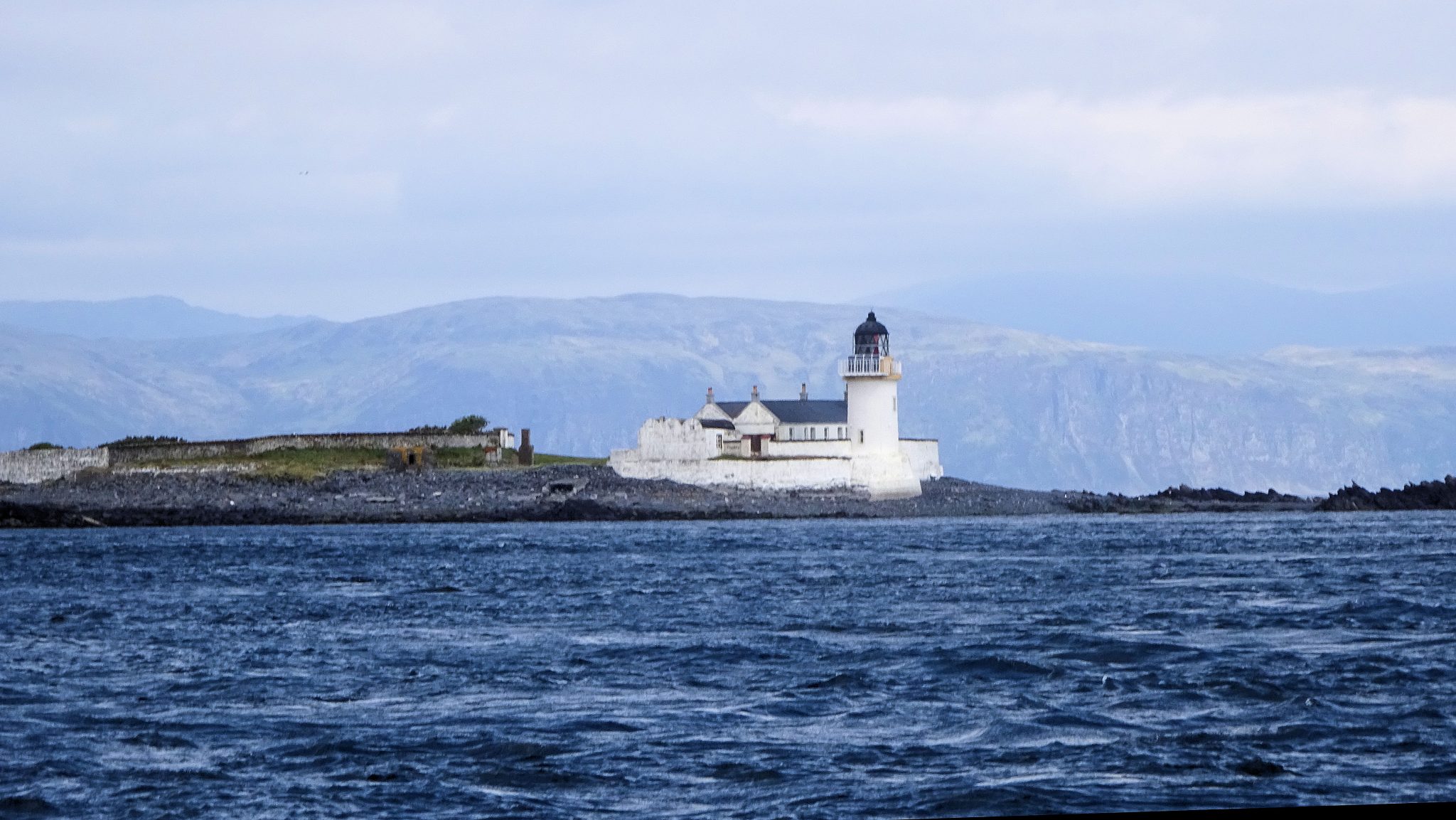 Dorus Mor, 2.5 NM north west of the Crinan Canal and opposite the famous whirlpool at Corryvreckan, is one of many tidal gates around the inner and outer Hebrides. The incoming tide sweeps up the Sound of Jura to a dead end in Loch Craignish and is forced out here towards the Firth of Lorn. There are numerous images and videos showing what can be, a wild bit of water. Today it was quiet and benign. It is important that you plan to get the tides in your favour. If you do, it will cut the transit time from Crinan north to Mull and beyond by a large chunk of time. Get it wrong, and unless you are in a boat with a powerful engine, you won’t be going anywhere, in fact during Spring tides you’ll probably just be going backwards. I had calculated that leaving the canal by 0900 we would get the benefit of the tide all the way to Kerrera and it was encouraging that two other boats were leaving at the same time as us to also head north – or perhaps we had all got it wrong.

Fortunately, my calculations where correct and with a good following wind and the tidal push, we were soon doing 9 knots, reaching a maximum of eleven. It’s 20 nautical miles from Crinan to Kerrera, a journey that would usually take four hours at Jess’s cruising speed of five knots, and we covered it in just over three. The weather was fine most of the way but we ran into some showers as we headed up Kerrera Sound but it has cleared up now and there’s a slight breeze which will be enough to keep the midges away.

There are two marinas in Oban, the Transit Marinas at the north pier in the town itself and the one where we are on the island of Kerrera in Oban Bay. The transit marina is owned and run by the council, new and has great facilities and is in the centre of the bustling wee town. Kerrera is much quieter. There is a restaurant and a small bar and the marina has all the services that you would need, including what are in my opinion, the best laundry washers and driers in the area! There is a ferry that you can take to the town at a cost of £2.50 a journey but the owners are trying to encourage more visiting yachts and have them stay on the island. For that reason, they have not increased their prices and at £25 a night, it must be the cheapest in the area.

When we arrived, Samantha the owner, came down to the boat to welcome us and explain the new rules for the island as well as the ferry times and the opening times for the restaurant where we are going to eat tonight.