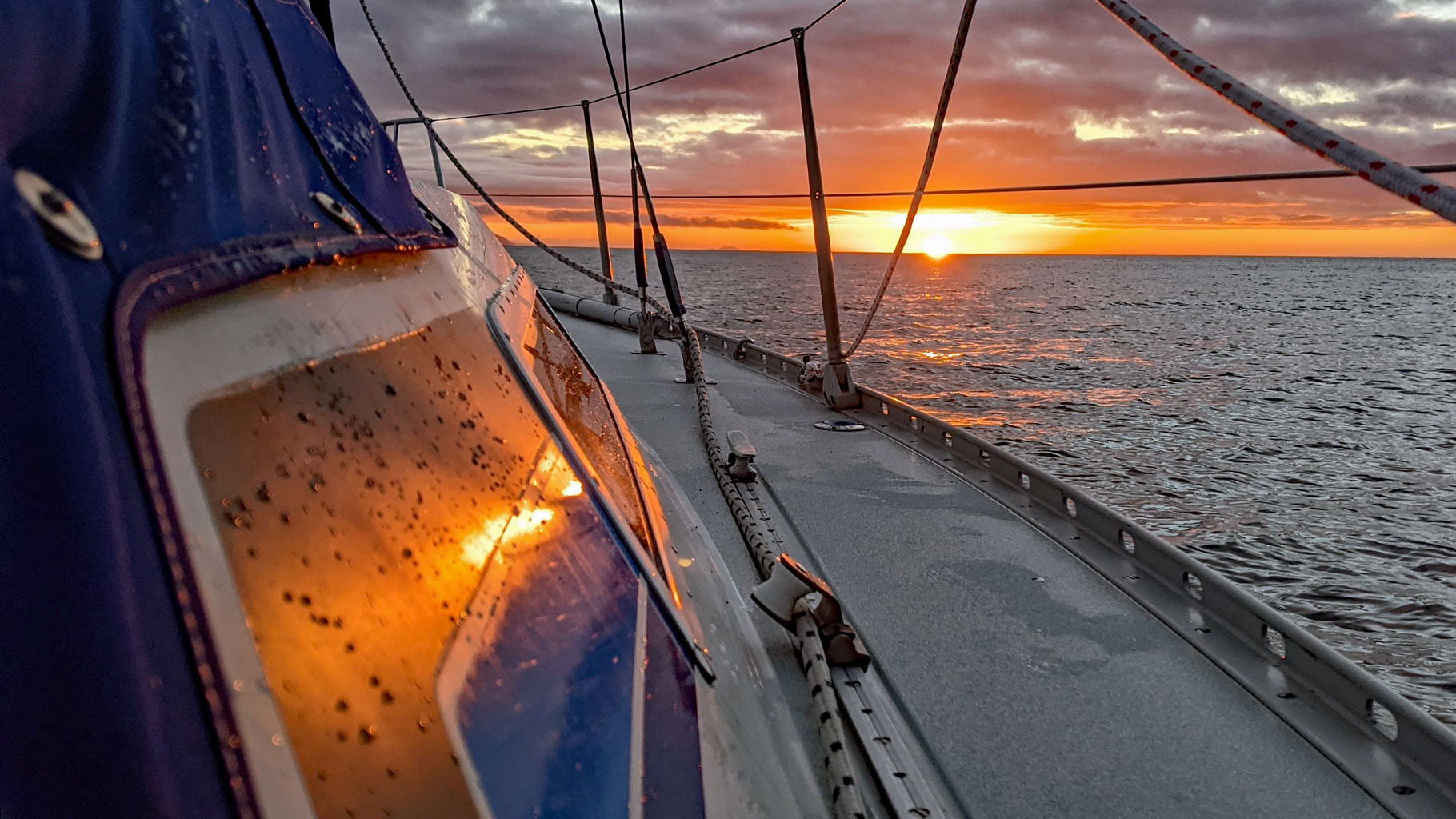 It’s that time of year when I am thinking about  and planning for this year’s sailing and I am really looking forward to this season. Although last year I managed to get away and did some sailing, there was always the nagging feeling that things would change because of Covid. I feel much more positive and confident this year to make plans for sailing over the summer.

Last year I had 360 Boat Services carry out most of the maintenance and preparation and this year I have a couple of jobs I will ask them to do but I hope to carry out much of it myself. So that I don’t have to travel back and forward to the boat each day, I have rented a wee flat in Largs for a week at the end of April and have Jess booked to be lifted out on the last weekend in April. Renting accommodation, whilst adding to costs, makes it easier to work for the entire day and, should the weather be poor, allows me to hang around until it improves. I have had quite a bit of work done on Jess over the past couple of years and this year it will just be anti-fouling, cleaning, polishing, a bit of varnishing, replace the anodes and an engine service, all things that I can do myself. I have around a week to get this done before Jess is relaunched. My sailing buddy, Alan will be along to give me a hand for a couple of days so it should all be done. I want the engine hoses replaced, a fuel gauge fitted and there’s a job to do on the cooker and I’ll get 360 Boat Services to do these. Last year I bought most of the consumables that I need for maintenance  and never used them and now just need to get an engine service kit, oil and a couple of other bits and pieces.  Once Jess is back in the water Alan and I will have a couple of shakedown trips, probably to Tarbert and Portavadie, just to iron out any wee issues and make sure that everything is working as it should.

Once we’ve had a couple of shakedown trips, our first passage of the year will be to Northern Ireland. I’ve crossed the Northern Channel to the Antrim coast a number of times with Glenarm Marina being my preferred landfall.  Ballycastle is slightly closer but by heading for Glenarm it makes passage south to Bangor and Belfast shorter and easier. Our passage will be Largs to Lamlash to pick up a mooring for the night then crossing the North Channel to Glenarm.  From Glenarm we will head south to Bangor and spend a couple of nights there so that we can have a whole day in Belfast. There is a marina in Belfast but it’s a boring motor up the lough and the trains are cheap and run frequently from Bangor.

Back to Glenarm for the night and then back across the North Channel to Campbeltown Marina. We’ll be joined by a mutual friend from Stornoway, Hamish, we first met him many years ago when we were working for Midlothian Council. It could be a wild time.

I’m off to France for wee holiday when we get back and at the end of June I’m off once again to Northern Ireland, this time with Gordon, my nephew.

He co-founded the Marloe Watch Company a few years back and it’s continuing to go from strength to strength. I own a couple of his watches including this one, the design based on the shape and colour of Cardinal Buoy markers.  We will probably cover the same route and  spend a couple of days in Bangor so that we can take the train to Belfast for some sightseeing and a trip to the Crown. He’s a keen whisky drinker, so we’ll build in a visit to the Springbank Distillery in Campbeltown.

We are due back in Largs towards the end of June and I plan to keep the boat on The Clyde for a few weeks before heading round The Mull of Kintyre to Kerrera for a month or so – I’ll be looking for crew to help me. Last year I spent a number of weeks in the area around Kerrera, Oban and Mull and enjoyed the company of many friends who made the trip north. So, if you fancy a few days sailing around this beautiful area, then let me know. Have a look at the Sailing 2022 Calendar for more information.

Towards the end of July and the beginning of August. Alan and I will be taking our second extended passage of the season, this time hoping to head further north.

In 2016, a couple of years after I took ownership of Jess we made our first extended trip north ending up in Portree. It was a great trip and earlier this year we decided that it would be good to do it again. Depending on how the time goes, we hope to visit some of the marinas and anchorages in the chart above and perhaps spend some time exploring the small isles of Canna, Rum, Eigg and Muck.  In previous years we have timed our return to The Clyde to coincide with the Tarbert Music Festival which has been cancelled for the past two years and this year is scheduled for 16-18 September. However, the weather always starts to break down around the middle of this month so we will probably aim to get back to Largs before the Festival and then just sail from Largs for the weekend.  We’ll see.