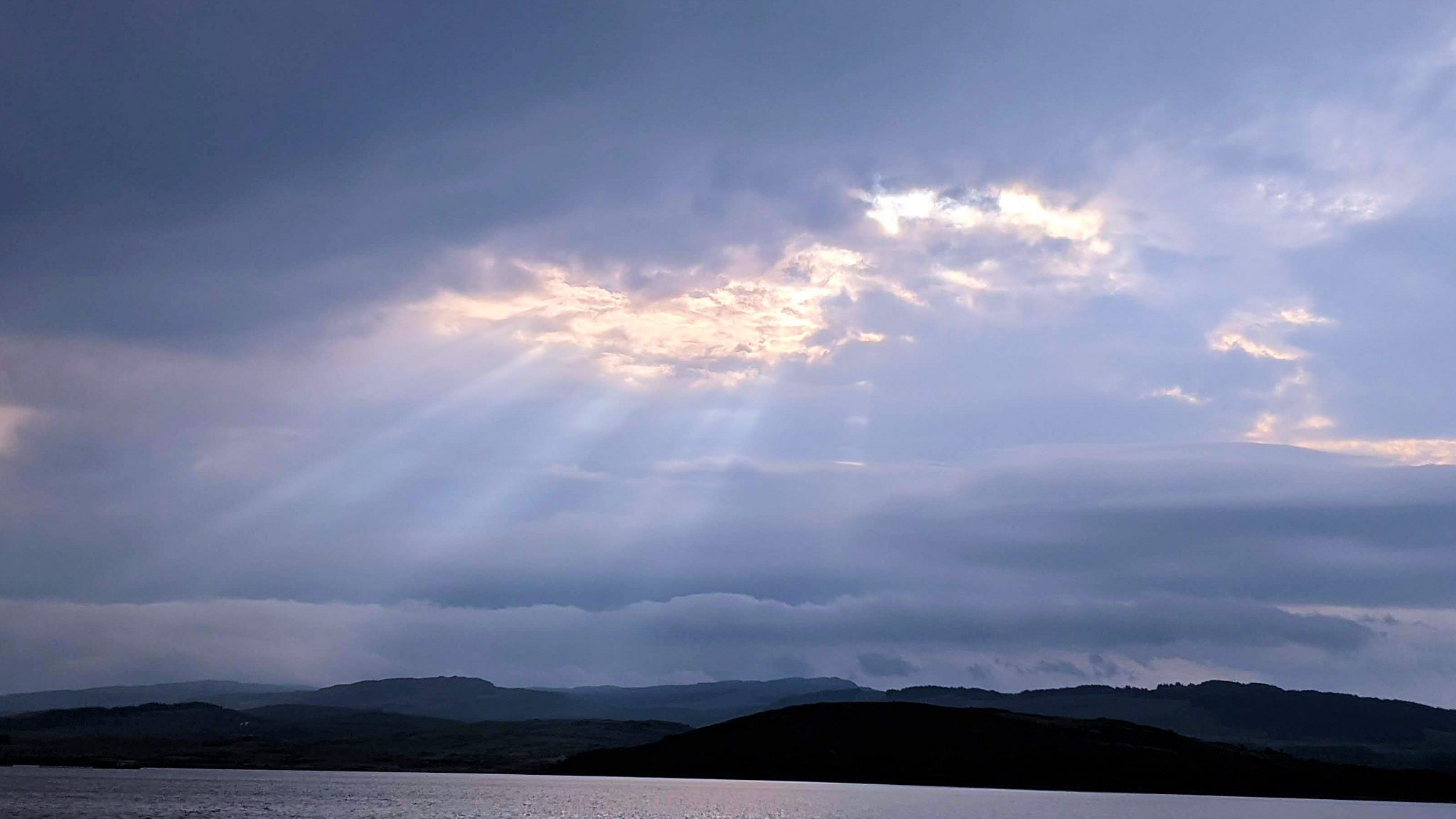 To get to Ardrishaig for first locking at 0830 we left Portavadie just after 0600. It had been pretty wild through the night with strong gusts and rain, but by the time we left, things had begun to improve and there was a decent easterly wind blowing and it had stopped raining, Unfortunately, the wind died down after about half an hour and we had to resort to the engine and sails and eventually, we motored the last three or four miles.

Making our way up Loch Fyne, Alan noticed a strange cloud formation in the sky and with a quick Google search and I found that they were Asperitas, a rare cloud formation.

We had noticed a couple of boats behind us – leaving from Tarbert and when we were approaching the sea-lock a fourth boat appeared from the direction of Otterferry.  It was going to be a tight squeeze. With only the two of us, we have sought assistance tomorrow to get us through the locks to Crinan Basin. We have used Joe a couple of times before. In his eighties and as fit as a fiddle, he gets us through with no nonsense and the minimum of fuss. Joe had warned us that delayed work was being carried out at the sea-lock, first lock and Ardrishaig basin and that the workmen there would help us through the first four locks. He also warned us to be patient. To be honest, it was all a bit chaotic with no-one in overall charge, lots of men standing about watching and a couple doing some work. What was frustrating was that they knew four boats were to enter the basin at 0830, as we now have a booking system, yet they appeared to be unprepared for our arrival.

We eventually cleared the first four locks after nearly two and a half hours and then we enjoyed the final two or three miles to Cairnbaan enjoying the peace and quiet and the quite stunning beauty of the canal. Thanks to Alan for editing the video.

We arrived at Cairnbaan and found a place on the pontoon below the road swing bridge for the night. The weather has been pretty mixed today with wind, Argyll rain and now the sun’s out. No midgies at the moment but I have cans of Smidge at the ready. A nice drink outside the Cairnbaan Hotel before tea sounds very appealing!