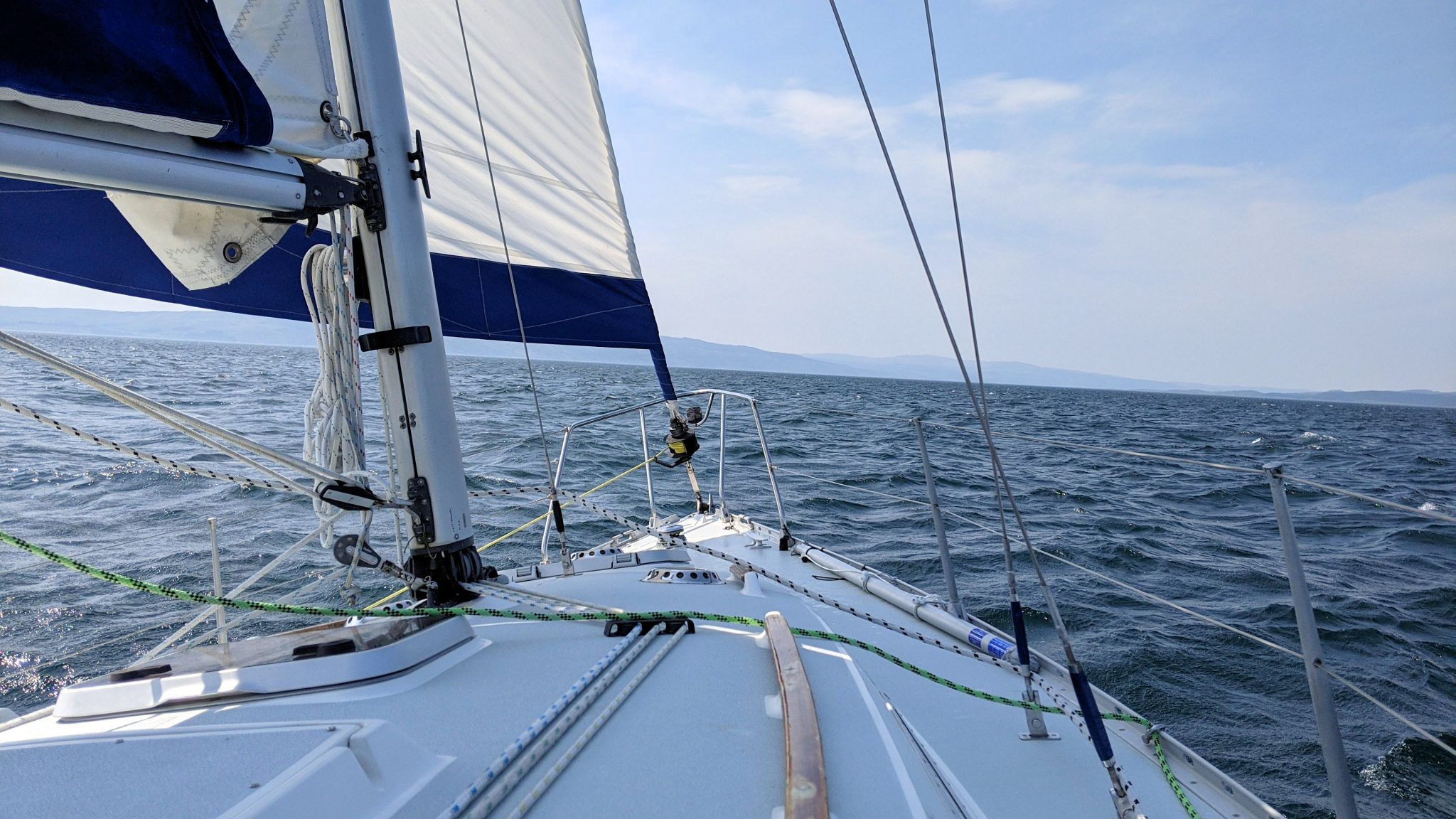 Alan and I took a train from Edinburgh Waverley to Glasgow and then on to Largs – early start – and we arrived in just before 11am. After a trip around Morrison’s for the messages, we took a taxi to the marina.

We had done most of the preparation before leaving our last trip so we only had to put some water on and stow everything away. We managed to set off at 1300 into a fine wind that would be with us all the way.

We were not disappointed – an absolutely cracking sail, probably the best we have have around this area. We traveled the 22 miles to Portavadie in exactly four hours and reached a maximum speed of 8.5 knots, which for a boat like Jess is impressive.

We have an early start tomorrow for Ardrishaig and into the Crinan Canal, we have plans to get as far as Cairnbaan for the night.